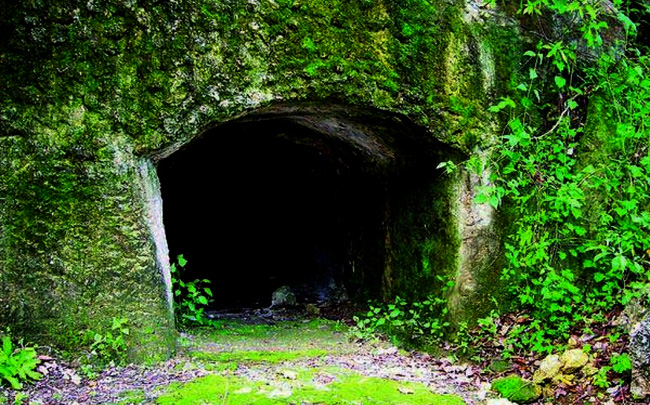 Kaliurang becomes more famous among tourists these days, especially for those who visit Yogyakarta Special Region. The reason is none other than the various options of attractions offered there. One of them, for the example, is the Japanese Cave or locals called “Goa Jepang” located in Hargobinangun Village, Pakem Sub-District. To be exact, the cave resides in Nirmolo Kaliurang Tourism Complex. As the name suggests, it is the heritage of Japanese Army during the WWII. Aside from its historical value, though, the cave offers exotic ambiance to tourists. It also becomes a good spot to take some pictures.

The Nuance
In terms of size, the mouth of the cave is not quite big. The route to reach the site is complicated as well. Despite the facts, the atmosphere is nice due to its location, which is in the mountains. Even several wild monkeys are seen there! Once tourists get to the site, they may see a small cave covered by bushes and moss. What about the interior? Like other caves, it is dark and damp so visitors should carry a flashlight when entering the cave. Also, it is recommended to come with a tour guide.

Exploring the Japanese Cave
The first reason to visit the cave is indeed to learn the history. The cave, according to the locals, was once used by the Japanese Army as a shelter and hideout in order to avoid allied soldiers. No detailed information is available, though, regarding this history. However, visitors can get more info from either the villagers or tour guides who are around. Aside from the history, the cave has a distinct characteristic as compared to other caves. For instance, it features 25 cave mouths connected to each other!

The most common reason to visit the cave is definitely to explore the interior. Despite the dark ambiance, it doesn’t stop tourists to explore and conduct caving with friends. Not to mention the guides are available in the front of the main entrance of the cave. That means tourists can hire them before entering the cave in order to avoid getting lost or other issues during the exploration. Plus, the guides offer flashlights for those who forget to carry one.

Another reason to visit the cave is the opportunity for trekking. No wonder, visitors should pass through a hill and steep landscape in order to get to the location. The thing is the trekking takes much stamina as the distance is a little bit far from the checkpoint (Hargobinangun Village). Due to this reason, everyone should prepare things like hiking shoes and bottled water before heading to the cave.

How to Get There
In order to get to the cave, travelers need to go to Pakem Sub-District first. From Adisucipto International Airport, it may take about 50 minutes as the distance is 28.9 km. For a faster trip, tourists should take Pakem – Kalasan Street. Once arriving at Pakem, the next destination is Hargobinangun Village and they may conduct short trekking to reach the cave later.