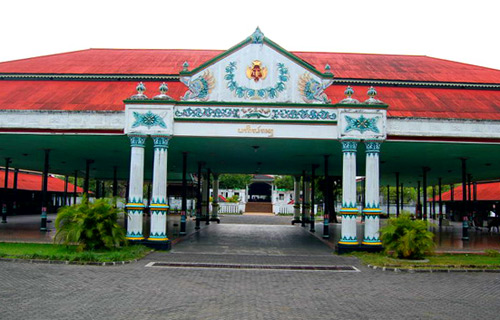 The palace court with its grand and elegant Javanese architecture lies in the centre of the city. It was founded Prince Mangkubumi in 1755. The Prince was then called Sri Sultan Hamengku Buwono I. He chose the right location of the compound between the Winongo River and the Code River.

The palace meeting hall is called the Pagelaran, where formal meetings of palace officials are held, while the "Manguntur Tangkil" hall is the place where the Sultan is seated. The palace visitors can enjoy the atmosphere of the kraton in formertimes by visiting the lifesize diorama of wedding ceremonies on the palace meeting, performed by puppets which are intentionally arranged to create such an atmosphere. Sets of javanese musical instruments, antiques and heirlooms have made the palace of Yogyakarta.